The best replica of M40 tropical side cap for enlisted and NCO on the market, made by the famous cap factory Erel of Robert Lubstein in Berlin, continued by his heirs. One can say that this is not a replica but the produc current is made with the same material, with the same methods and the same models that the company was using now 70 years ago.

The schiffchen M40 was the side cap model adopted by Luftwaffe for its mans, and this model for tropical climate was for enlisted and NCO. Used in North Africa in the Deutsch Afrika Korps, the expeditionary force under the command of Field Marshal Rommel, was commonly used in the Mediterranean country like Italy. Made of yellow tan cotton canvas, with the lining always in cotton. Internally there are the stamp of producer Robert Lubstein. Produced and used without interruption until the end of the war. Complete with embroider cockade. 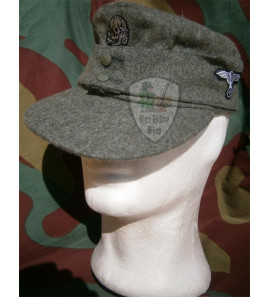 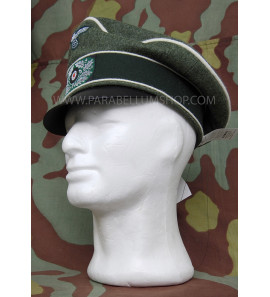 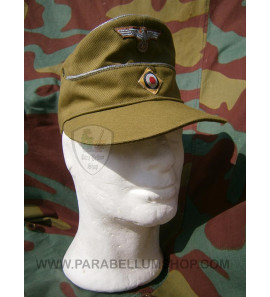 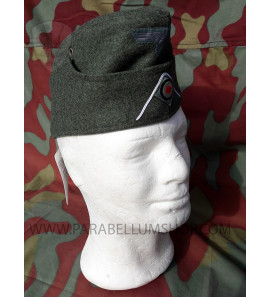 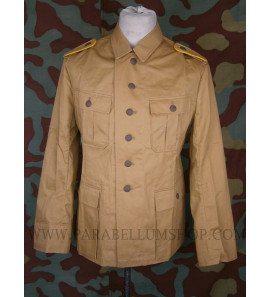