Gerbirs-division, the unit of mountain troops of the German Army that during the Second World War was distinguished in multiple campaigns from the Greek with also the conquest of Crete, on the Russian front up to the Italian campaign fighting on the Gustav Line and then on the Gothic Line and then surrendering in '45 still in Italy.

The badges represent to chamois on peak, the symbol of the division and the borrowed from the coat of arms of the Tyrolean city of Kitzbuehel. 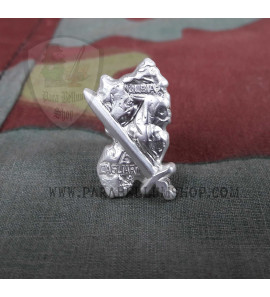