Reproduction of the German decoration instituted by Adolf Hitler on April 14, 1939 to tribute to the veteran volunteers for the Spanish civil war and gathered in the famous Legion Condor sent to the aid of General Franco in his attempted coup. Since the expeditionary corp was not officially referable to the German government, no decoration was established before or during the hostilities. A model without swords was reserved for non-combatants.

To be eligible for the award, you must have the following status: 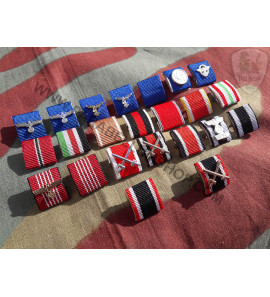