Quality and accurate reproduction of the silver metal GD monogram for the shoulder boards for the members of the Großdeutschland unit. Generally applied by NCO to replace the embroidered GD and sometimes by enlisted.

The elite unit was created in June 1939 by General von Brauchitsch with denomination of Infanterie Regiment Großdeutschland which entered into action only in 1940 after the completion of its hard training demonstrating its excellent fighting skills confirmed also in the Balkan campaign and then in the first Russian winter so that in April 1942 it was expanded to become a division. The war for Grossdeutschland will continue on the eastern front participating in all the most important offensive and defensive operations, among which the most relevant was the Zitadelle operation. Evacuated in April 1945 from the coasts on the Baltic in which it was isolated, it will surrender to the British in May 1945 and then be handed over to the Soviets. 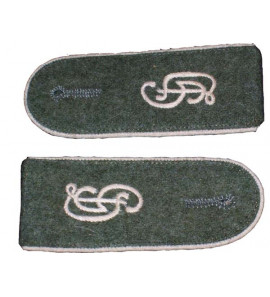 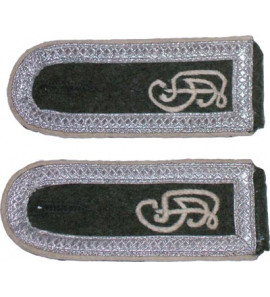 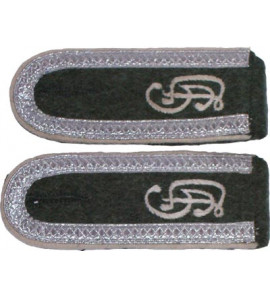 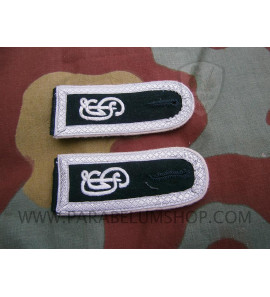