Quality and accurate reproduction of the silver metal LAH monogram for the shoulder boards of the members of the SS Leibstandarte Adolf Hitler. Generally applied by NCO to replace the embroidered LAH and sometimes by enlisted.

The unit created on March 17, 1933 by a start core of 120 carefully selected men chosen by "Sepp" Dietrich, had the task of the bodyguard of Adolf Hitler who, not trusting the army and police, demanded a body of proven ideological and moral fidelity. With the begin of the Second World War on 1st September 1939 the Leibstandarte took part in the combat operations aggregated to divisions of the Wehrmacht. With the continuation of the war the Leibstandarte reached the consistency of division for the Russian campaign. Always distinguishing himself for temerity and fanatic dedication it will often also be the protagonist of atrocities against the civilian population or prisoners of war, it will fight almost all of European fronts until the end of hostilities surrendering to the Americans in Austria and the Soviets in Berlin. 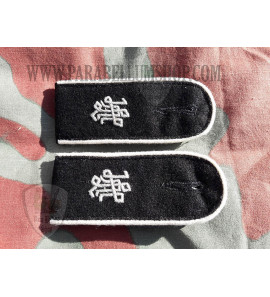 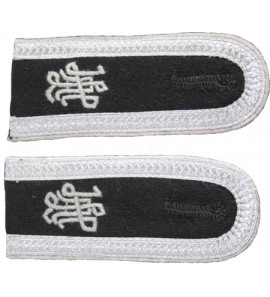 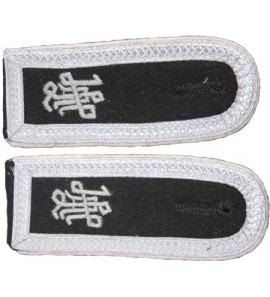