Born from the pressing need to equip the British forces returning from the precipitous retreat of Dunkirk with an automatic weapon comparable to the German MP40 and in a very short time given the serious losses in material suffered and the imminent invasion of the Wehrmacht. The Sten was born from the commission sent to the Royal Small Arms Factory, assembled at Enfield with pieces from multiple suppliers and with a production and assembly simplicity that the latest versions required 5 hours of work. Later became abundantly present in all European resistance movements following the launches made by the Royal Air Force to supply the various groups, it could be fueled with the same German ammunition as well as the same magazines of the MP40 but it will never shine in precision and reliability as much never to be used by the British Commandos. Even in Italy it was widely used by the resistance but also by the forces of RSI who captured large quantities. 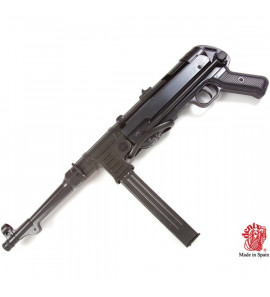 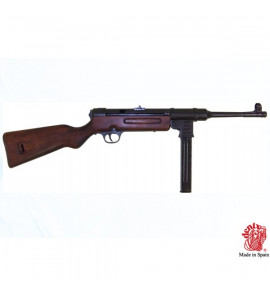