Reproduction of the commemorating shield of the Italian partisan division Garibaldi who operated in the Balkans from the end of 1943. Made up of mans from the Royal Italian Army who gave birth to unity following the disastrous events of 8 September 1943 and which saw the forces of Italian occupation in Yugoslavia and Montenegro abandoned by the commands to their destiny and decimated by the fighting against the ex-allies and against the Yugoslav partisan formations they decided, on December 2, 1943, to dissolve some of the units of the Royal Army, from the main units were the Infantry Division "Venice", the Alpine Division "Taurinense", elements of the Infantry Division "Emilia" and to create the Garibaldi Division which joined the Yugoslav Liberation Army as a unit of the Royal Army. As a distinctive symbol, the members wore a red handkerchief around their neck as a reference to Garibaldi. 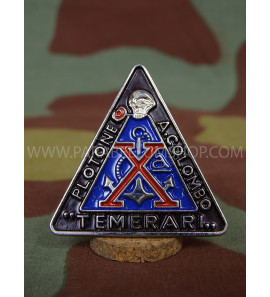 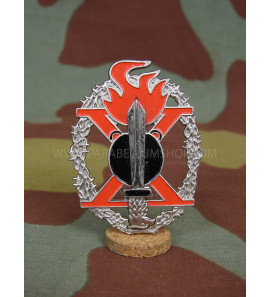 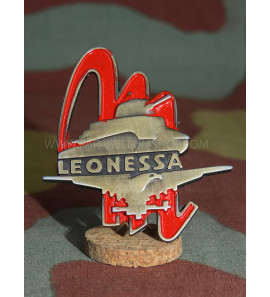 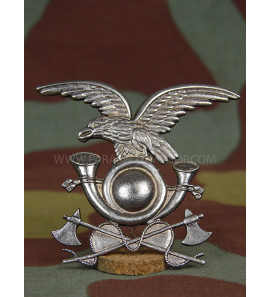 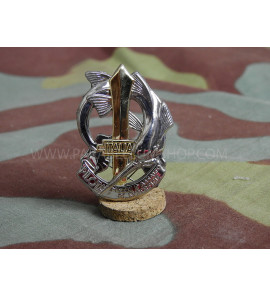 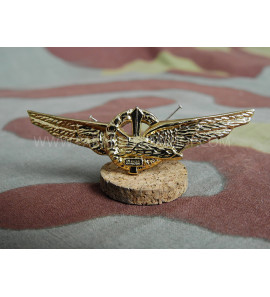 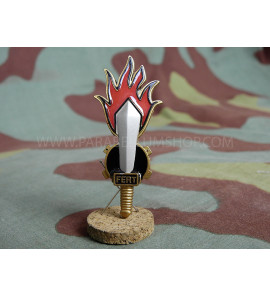