Nice M1 helmet refurbished and prepared like in the World War Two used by american army in Europe for all the conflict. Very nice effect helmet obtained from a original Belgian Air Force M1 helmet, the most similar model to the US model, and we have painted in olive drab with anti reflection effect like WW2 used. Then we have changed the chins strap with the WW2 model. Helmet is completed with its abs reproduction inner helm. Finally we have completed with the 3nd US Infantry Division insignia and the officer "leadership stripe". Now it's a perfect reenacting helmet model. 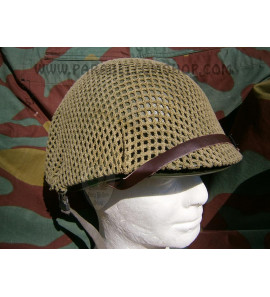 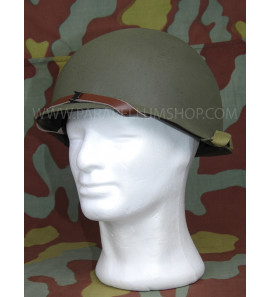