Nice reproduction of the Corcoran style jump boots supplied to American paratroopers during the Second World War and adopted starting from 2 August 1942 with the name of Boots, parachute jumper. The development of the boot dates back to 1940 when in the wake of the exploits of the German Fallschirmjägers, US Gouvernement  was realized that airborne forces are an essential element of modern warfare. The reference models to create the final model were the boot supplied to the German paratroopers and those of the firefighters of the US Forest Service. Different models were made and were experimented by the 501st Parachute Battalion and by the 502nd PIR between January '41 and July '42 until the final model approved and destined for mass production was reached. Often even the many members of the troops on gliders made use of it.

Excellent reproduction in reddish brown leather made on the model that the famous Corcoran company made under license for the American Government and distinguished by the decorative stitching on the seam of the reinforced toe and the two external oblique seams of the reinforcement canvas band to protect the ankle. As expected by the specifications, but not all respected manufacturers, it has 12 pairs of eyelets for lacing, the toe with a leather reinforcement that characterized its appearance, rubber-coated leather sole with the specific design and the heel always in rubber with small holes to cushion and with a rounded corner to facilitate the sliding of the strings. Very well made and quality boots. 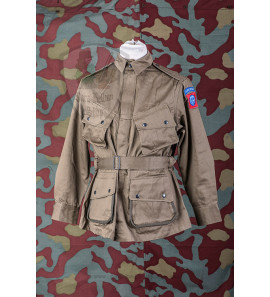 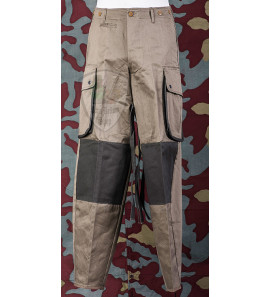