Reproduction of the boots used in the US Army in the Second World War and often referred to as "double buckle boots". With the entry into the war of the United States and with the first fights immediately realized that the old model of footwear, boots and gaiters were not suitable. The QMC decided to build a shoe that would replace the low boots with gaiters, roughout service shoes, and jump boots and so for the first time in Italy in 1943, the Combat Service Boot was approved for mass production by the end of the year that began in January 1944. In the autumn of 1944 they began to replace the boots of the older model, even if they never completely supplanted them before the end of the Second World War. The major resistances in the model change were with the airborne troops, intolerant in replacing their characteristic throwing boots and then wearing a mix of both styles from September until the end of the war.

Made with rubber sole and reinforcement nailing, the leather is suede externally to improve the water repellency and the gaiters are internally lined with white cotton fabric. Inside the gaiters report the stamp of the supply contract and the supplier. 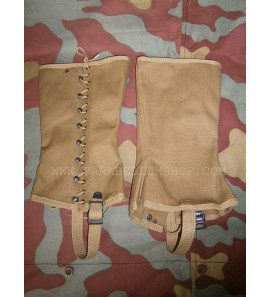 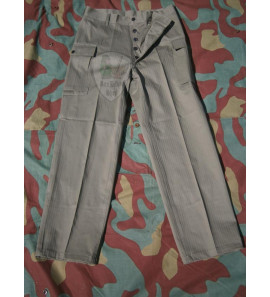